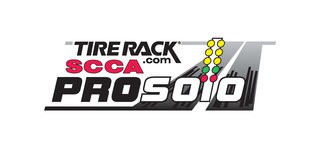 What we have feared for the last couple of months, but hoped would be avoided, has come to pass; the site we use for National Solo events in Toledo will not be available for the July 29 – 31 ProSolo. Therefore, that event has been cancelled and will not be replaced on the 2018 Series calendar. Refunds will be made over the next two weeks to those entered in the event.

Section 20.10.A of the ProSolo Rules is being modified to address, to the degree we can, the resulting circumstances from this cancellation. The new rule language is below.

We hope you understand that on occasion situations arise that are beyond the control of the SCCA or its Regions and we must make the best of it. The Northwestern Ohio Region and the Toledo Express Airport are to be commended for their efforts in trying to keep this event on the 2018 schedule.

Thanks for your patience on this matter and for your support of the Tire Rack SCCA ProSolo Series.