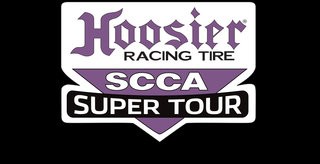 Only the top six regular season finishes counted toward a driver’s 2019 points total. Points were also awarded for a seventh and final race, the Runoffs. For each race, points were awarded to the top 20 finishers in each class. Winners earned 25 points, and 21 points went to second. Points were then doled out to others starting with 18 and descending to a single point for the 20th finisher.

The Runoffs had a big impact on several championships this year. In Formula Enterprises (FE), Mark Snyder finished the regular season with a four-point lead on James Libecco, both driving Mazda powered racecars. However, Libecco’s win at the National Championship was enough to lift him past Mark to claim the FE Hoosier Super Tour Points Championship by only three points. Formula Enterprises 2 (FE2), also powered by Mazda engines, had an equally tight scenario with a tie for the lead between Liam Snyder and Scott Rettich going into the Runoffs. Liam’s second-place finish at VIR, as compared to Rettich’s third place, was enough to give him a three-point advantage overall and the FE2 Hoosier Super Tour Points Championship.

The Touring 4 (T4) Hoosier Super Tour Points Championship was also impacted by the Runoffs. Going into the final event, Raymond Blethen and his Mazda RX-8 had a six-point lead on Steve Strickland, who races a Mazda MX-5, and seven points on Nick Leverone in a Subaru BRZ. But it was Leverone who emerged victorious at VIR and ultimately earned the T4 Hoosier Super Tour Points Championship by only four points over Blethen.

The Runoffs at VIR also influenced the H Production (HP) Hoosier Super Tour Points Championship. At the end of the regular season it was Michael Cummings, driving an Austin-Healey Sprite, who was ahead of Christopher Riley Salyer’s Honda Civic Si by only one point, and the Austin-Healey Sprite of Eric Vickerman was only four points back in third. However, Salyer’s fourth-place finish at the National Championship boosted him to the HP Hoosier Super Tour Points Championship by only five points over Vickerman, with Cummings dropping back to third overall.

With nearly 220 entrants, Spec Racer Ford Gen3 (SRF3) was one of the largest classes competing in the Hoosier Super Tour this year. Mike Miserendino had the SRF3 championship lead going into the Runoffs, but he did not compete at the National Championship this year. That left the battle up to Denny Stripling, Brian Schofield and Robeson Clay Russell who were separated by only a handful of points. When the dust had settled at VIR, Russell claimed the Runoffs victory. However, Stripling finished second -- which gave him enough points to claim the SRF3 Hoosier Super Tour Points Championship. Russell was the runner-up overall, followed by Schofield who finished third at the National Championship and third in points.

Seven points was the difference in Formula Vee as Dennis Andrade and his Vortech FV claimed the Hoosier Super Tour Points Championship over the Mysterian M3 of Hunter Phelps-Barron. VIR Runoffs winner Andrew Whitston, driving a Protoform P2, was only three points further back in the FV championship and claimed third overall.

The 2019 Hoosier Super Tour season again opened in January with Round 1 and Round 2 at Sebring International Raceway in Florida. The second event then took place in February at Circuit of the Americas in Austin, Texas. In March, the Hoosier Super Tour made its first-ever visit to Michelin Raceway Road Atlanta in Georgia, followed by a second event in March at Hallett Motor Racing Circuit just west of Tulsa, Oklahoma.  Round 9 and Round 10 were conducted at VIRginia International Raceway before action moved west to California’s Buttonwillow Raceway Park. The series remained on the West Coast to open May at Portland International Raceway in Oregon before heading back east for Round 15 and Round 16 at Mid-Ohio Sports Car Course. Up next was SCCA’s annual visit to Road America for the WeatherTech Chicago Region® June Sprints®, followed by the season’s penultimate weekend at Watkins Glen International in New York. The regular season then closed in July with a first-ever stop at WeatherTech Raceway Laguna Seca near beautiful Monterey, California.

Below is a rundown of 2019 Hoosier Racing Tire SCCA Super Tour Points Champions with Class: Name, Hometown, SCCA Region and Car. A full accounting of the standings can be viewed at the Hoosier Super Tour points webpage.

The Sports Car Club of America®, Inc., founded in 1944, is a 67,500-member motorsports organization that incorporates all facets of autocross, rally and road racing at both Club and professional levels. With headquarters in Topeka, Kansas, the SCCA annually sanctions over 2,000 events through its 115 Regions and subsidiary divisions. Much of the SCCA’s activities are made possible with support from the following Official Partners: Hagerty, the Official Insurance Partner of SCCA; Hawk Performance, the Official Brake Products of SCCA; Sunoco, the Official Fuel of SCCA; and Tire Rack, the Official Tire Retailer of SCCA. To learn more, please visit www.scca.com.